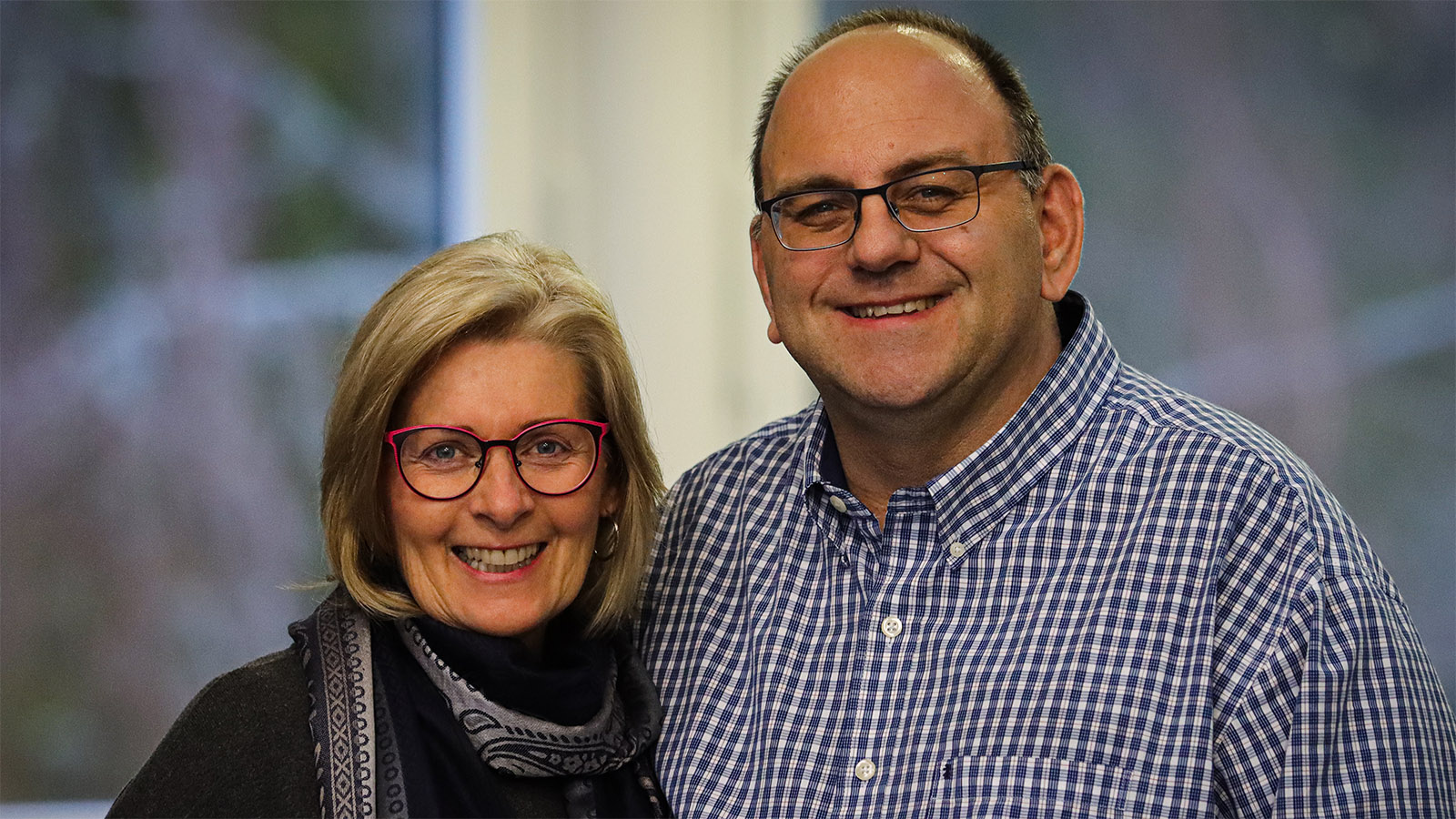 Tom and Claudia live in Germany where Tom serves as the regional superintendent for Eastern Europe and the CIS.

Project #: 061-0004
Connect via Email
Schedule a Meeting
Sign up for Newsletter

We live in Germany where I, Tom, serve as regional superintendent for Eastern Europe and the Commonwealth of Independent States (the former Soviet Union). I also serve as President of the Eurasian Theological Seminary in Moscow, Russia (ETSM).

Accepting the call to missions while in high school, I began in missions ministry at the European Theological Seminary (ETS) in 1988 and served as a faculty member there for 10 years. While serving at the seminary, along with two former students, we planted the Rudersberg Church of God (Treffpunkt C). In 2018, we returned to ETS to serve as an interim Vice-President of Administrative Affairs until 2022.

In 2002, I was appointed education director for Central and Eastern Europe and the CIS and served in this position until 2010. In 2006, I assumed the position of president at ETSM, a Level IV school that trains pastors and church workers for the church in the Russian-speaking countries with over 900 students in its residential, online and extension programs. Since 2010, I serve as the regional superintendent for Eastern Europe and the CIS.

I, Claudia, grew up in Germany and attended the Krehwinkel Church of God. I am a trained dental assistant and hygienist. In April 1991, I joined Youth with a Mission (YWAM). After completing its Discipleship Training School, I came to ETS where I met Tom. We married in 1992 and now have three beautiful children and a grandchild.