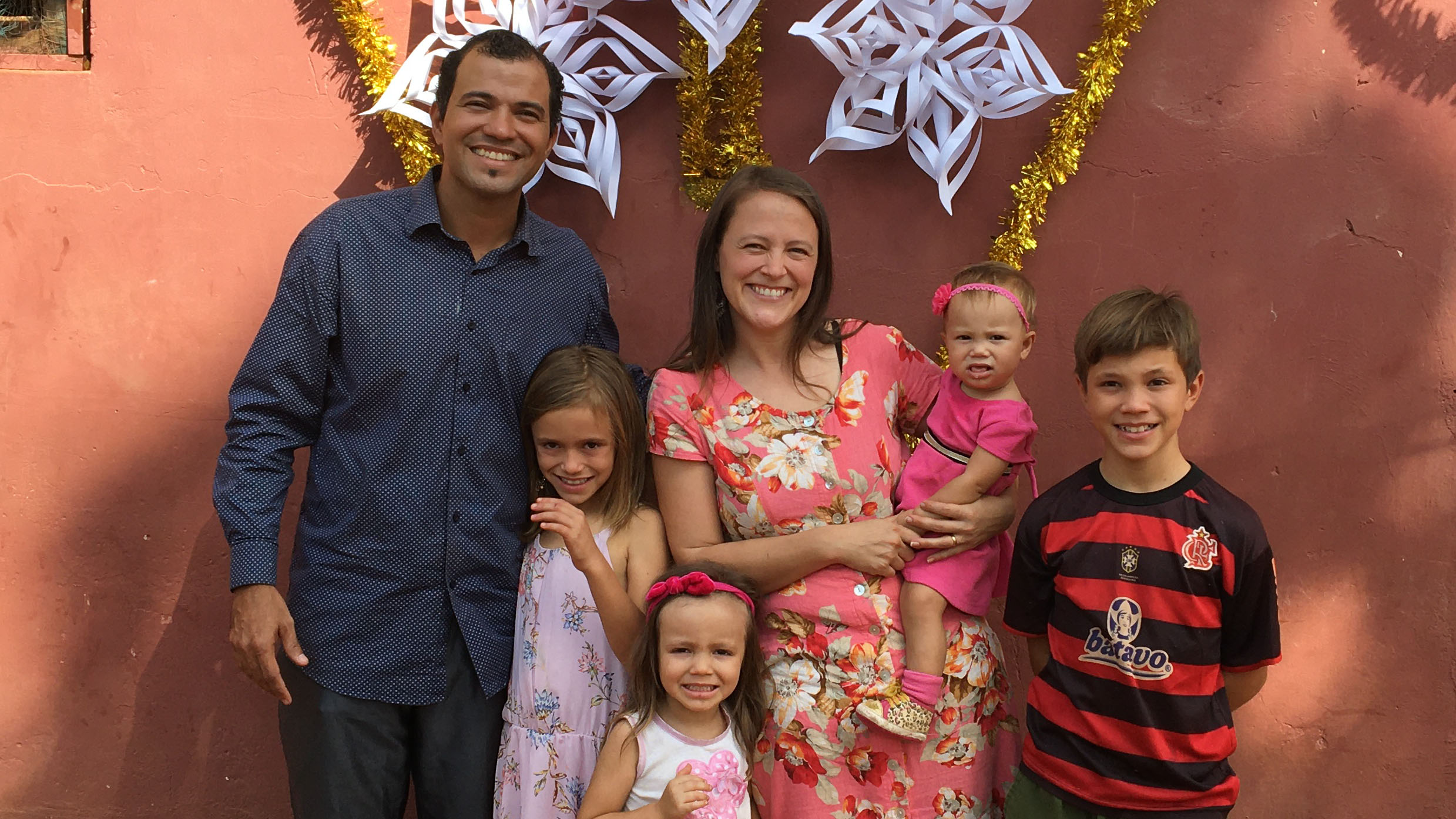 Lydia and Everaldo Nascimento are planting a church in the west African nation of Guinea-Bissau.

Project #: 065-0919
Connect via Email
Schedule a Meeting
Sign up for Newsletter

As the daughter of Church of God missionaries to Brazil, I, Lydia,  felt a call to missions from a young age. My husband, Everaldo, was saved in the Church of God in Brazil as a teenager and soon felt called into ministry as well.  We have a burden to reach the lost in Africa, especially the Muslim population.  The Lord has shown us how to use the gifts He has given us to serve Him by reaching others with His great love and the message of salvation.

Together with our children Kairo, Kimberly, Karissa, and Kenzy, we are pioneering the Church of God in the west African nation of Guinea-Bissau.  We are planting the first-ever Church of God congregation in the nation and reaching Muslims for Christ through soccer ministry, English classes, job training and personal discipleship.

One young Muslim who has been involved in our English classes began asking us questions about our faith. We shared with him about Jesus and His power to save. After some time, he showed us a Bible that he had procured to read.  He asked us for suggestions about where to start reading and frequently asked us to explain different passages he had been reading. After some time, he started visiting church with us and publicly confessed Jesus as his Savior. After this he began to come to our house for weekly discipleship meetings.  His hunger for God’s word was an amazing thing to witness.

One evening he came over and told us he wanted to share with us a dream he had.  He said that in his dream, Jesus appeared to him and told him that he needed to have more faith.  We believe Jesus was ministering to his heart, giving him the boldness to share his new faith with his family. After sharing the dream, he told us, “Now, I will never stop believing in Jesus. It is not just you who has told me about Him, Jesus Himself has spoken to me!”