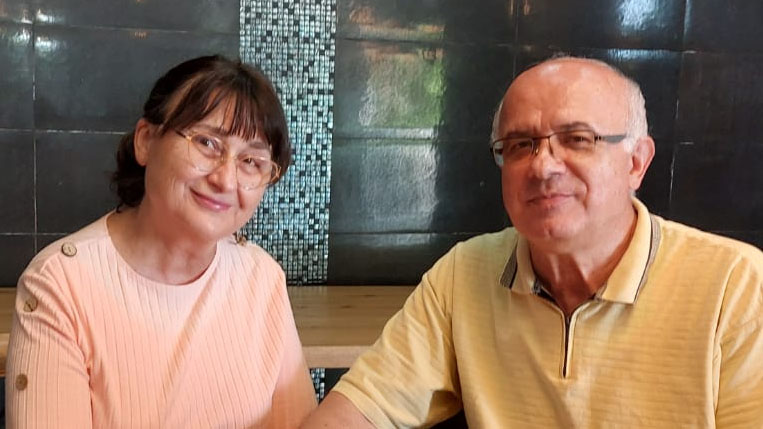 Project #: 061-0010
Connect via Email
Schedule a Meeting
Sign up for Newsletter

Shalom!  My name is Eugene Mitrea, and my wife’s name is Esther. We have two children. I serve in Israel (Jerusalem) pastoring Sar Shalom Congregation in Jerusalem.

I received the Lord’s calling to Israel in my second year at the Church of God Seminary in Cleveland (1988). I had escaped from communist Romania two years prior and arrived in the US as a refugee with the desire to dedicate my life to serving the Lord as a missionary. I did my internship in Jerusalem in 1990 and returned in 1993 not knowing what the Lord would have me do but knowing He wanted me here.

There were many Romanians working here helping to build Jerusalem. I slowly, slowly got in touch with some of them and later on began to assemble a church. In 1994, our congregation came into being, and I have been pastoring it since then. I had no pastoral experience.  It was not easy, but sometimes we have to learn as we move along. The Lord helped me and blessed the ministry as many came to the Lord over the years.

By God’s favor, my family received residency in Israel eight years ago. Our children were born in Jerusalem. They are both very active in our congregation playing instruments and singing. There are challenges working in a non-Christian country, but we want and pray to continue to be a beacon of light and hope in the darkness surrounding us. To the God of Israel be all the glory!

One of the most memorable events of my ministry was the first baptism in the Jordan River when 18 young people were baptized.  As time went by, the Romanian workers left because Europe opened up, and it was more convenient for them to work there. As time passed, Romanian Jewish immigrants replaced the workers, and we became a local congregation.