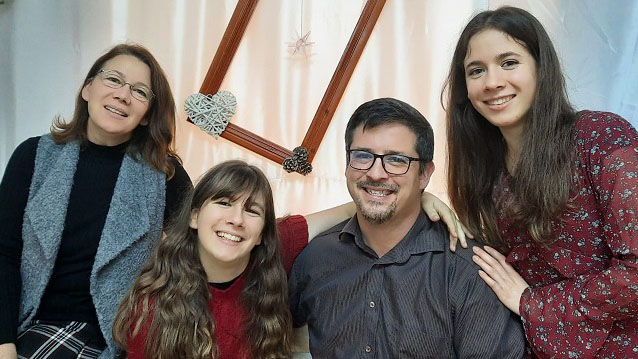 Michael and Mihaela Gravitt serve in Romania where they are effective in church planting, evangelism, outreach to the poor and needy, children's ministry and more.

Project #: 065-0957
Connect via Email
Schedule a Meeting
Sign up for Newsletter

We have served in Sibiu Romania as missionaries since 2007. God spoke very clearly to us and the leaders in our lives, and we knew it was our time to go! When we first sold all our belongings and became missionaries we could not have guessed how many adventures God would lead us on. Some roads were not very pretty, but the souls waiting at the other side made the journey well worth it.

We will never forget the moment that 24 youth gave their hearts to Christ while weeping and confessing sins of all kinds openly at the altar. It was at a youth retreat that we conducted on a mountain campground near our city. God still moves! We are so grateful and humbled that God chose us to do His kingdom work internationally. And the biggest joy has been watching His Holy Spirit change lives again and again.

We have worked with the poor in villages, with orphans of all ages, and with Ukrainian refugees. We have led dozens of camps for youth and orphans, built houses for the poor, fed the hungry in homeless shelters, and hosted a variety of different ministries and outreaches to the community. And many gave their heart to Jesus, dozens were baptized, and numerous others rededicated their heart to Jesus! Because of that, God led us to plant a church in Sibiu. It began with a handful of people who met with us in our 340 square foot apartment. Since then, the church has steadily grown to over 100. And now there are several more people who want to get baptized.

It may have been 15 years, but it feels like we have just begun! God is greatly helping us in reaching this emerging generation of youth in Romania. What a joy it is to see young men and women who were in bondage and pain now set free, healed, and leading others to Christ. God has so much more that He wants to accomplish with a now growing and maturing leadership team here in Romania. We deeply rely on your prayers, encouragement, and generosity to continue to evangelize and train this new generation of believers.