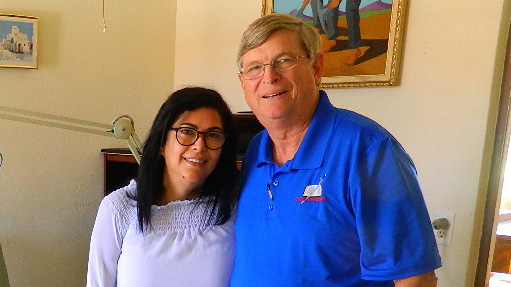 Project #: 065-0874
Connect via Email
Schedule a Meeting
Sign up for Newsletter

We are missionaries to Mexico. Years ago the Lord sent me to me to Mexico for missionary work. While in Mexico, I met Silvia, and she became my guide and interpreter. Then a year later, she became my wife. She is a dentist with credentials with the International Dental Association. Soon we began doing dental services to the people in northeastern Mexico.

We also worked during the Day of the Dead passing out Bibles and witnessing to the people as they visited the cemeteries. We also ministered in several churches, preaching the Word of God and doing puppet ministry. After several years working in Mexico, the Lord expanded our ministry to Romania, Honduras and the Dominican Republic. We have organized dental clinics in Mexico and Romania.

After we met and were married, we knew that God had something in mind for us.  It was centered around the ministry of doing the dental services, so we used the dental to attract people to us so we can witness to them. When we have a patient in the dental chair we have a captive audience.

One of the most blessed times in Mexico was when three families came for dental work. The families consisted of three mothers and their children, four teenagers. While Silvia was seeing the mothers, I was teaching the teens English, and when all was said and done we had led all of them to the Lord!